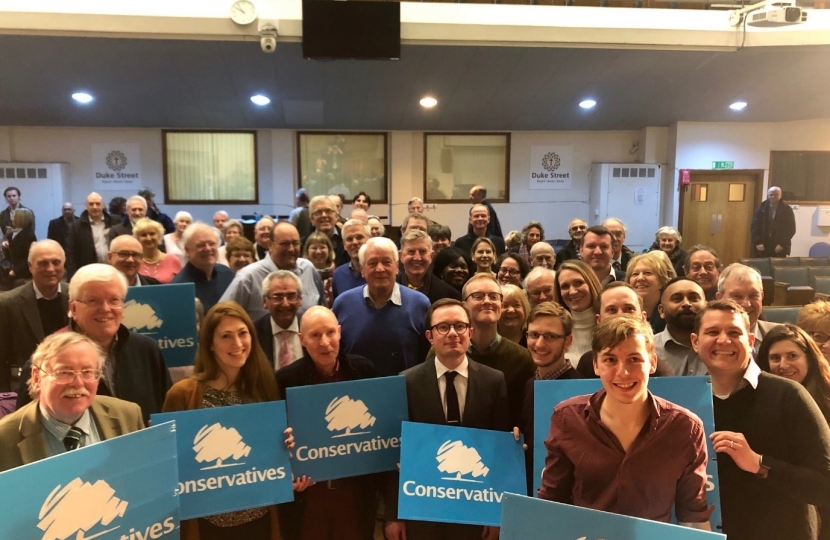 The four final candidates – Antonia Cox, Kevin Davis, Jane Keep and Nicholas Rogers – each given the opportunity to present themselves to the members in attendance and answering several questions asked by the Chair of the meeting, Peter Smallwood. Following each candidates’ questions from Peter Smallwood, members were provided with the opportunity to ask each candidate questions on local issues, with concerns raised over CS9, crime and housing.

At the end of the four candidates’ individual presentations, a secret ballot was held with a candidate required to gain 50% of the votes in order to be selected. While the ballots were being counted, the audience had the pleasure to hear from Tony Arbour AM. Tony Arbour is the outgoing South West London Assembly member and a former Richmond Councillor gave a wonderful and insightful speech about his 20 years of service to the local area.

Returning to the selection process after Tony Arbour’s speech, it was announced that Nicholas Rogers was selected by members as the candidate for the South West Assembly Seat.

Upon Nicholas Rogers selection, he stated: “I am absolutely thrilled to have been selected to fight the South West seat and humbled by the trust placed in me by our members. Tony Arbour has done incredible work over the last two decades to build the seat into what it is today and it is an honour to follow in his footsteps. I am excited about the campaign and am looking forward to placing my experience as a railway operations professional and a former Metropolitan Police Special Constable at the service of all South West London residents.”

Congratulations to all four candidates who gave exceptional presentations, the competition was tough with a high calibre of candidates to ensure South West London have a strong candidate.

I’m Amanda Milling – MP for Cannock Chase and the new Co-Chairman of the Conservative Party. My job is to help to deliver on the people’s priorities.