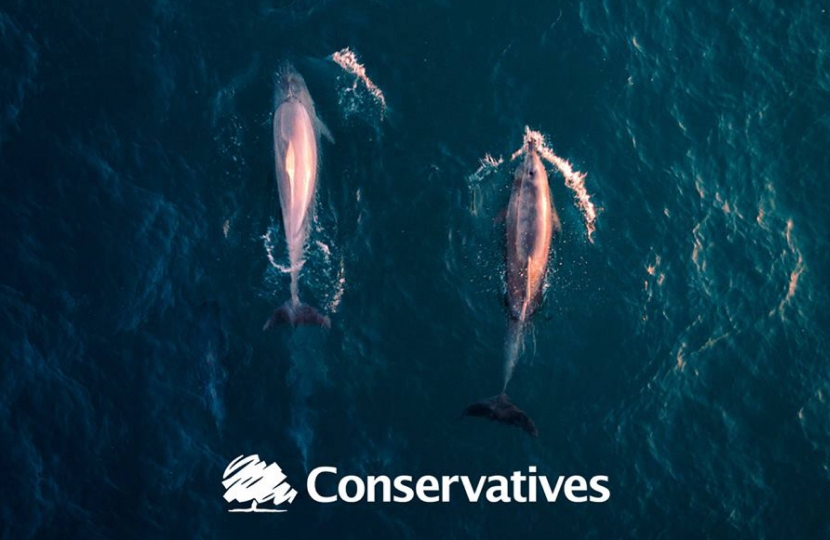 The Government has announced that it will extend protections to the waters around the British Overseas Territory of South Georgia and the South Sandwich Islands following a campaign by NGOs, scientists and Members of Parliament including Richmond Park and North Kingston MP Zac Goldsmith. The announcement was made shortly before Zac spoke in a parliamentary debate he organised to call for more protection for the oceans.

The uninhabited islands in the Southern Ocean were featured heavily on last year's ground-breaking BBC documentary Blue Planet 2 due to their unique habitat and pristine waters which are home to whales, seals and a quarter of the world's penguins. The 1 million sq kms of ocean around the islands were partially protected in 2012, but only 2% were given full protections, and Zac and other campaigners have been calling for 50% of the islands’ waters (500,000 sq km) of ocean to be permanently closed to fishing.

Today's announcement by the Government of South Georgia and the South Sandwich Islands extends full protections to 23% of the waters around the islands, an area of ocean larger than the UK, as well as making changes to the fishing practices allowed in the areas that are not fully protected. Zac used his debate speech to praise this move whilst arguing for even more to be done to protect the ocean, including around the UK's other overseas territories like Ascension Island and Tristan da Cunha in the Atlantic. Fellow MP James Gray told Zac in the debate that today's announcement came "partly as a result of his pressure".

Commenting, Zac said: "I'm delighted that, in response to our campaign, the pristine waters around South Georgia and the South Sandwich Islands will now enjoy greater protection, but we're not done yet. There is an international consensus that we need to protect at least 30% of the world's oceans from overfishing, pollution and exploitation by 2030; at present we are protecting less than 10%. The Government needs to build on its proud record in this area and make sure that the UK and its overseas territories have their waters as well protected as possible."