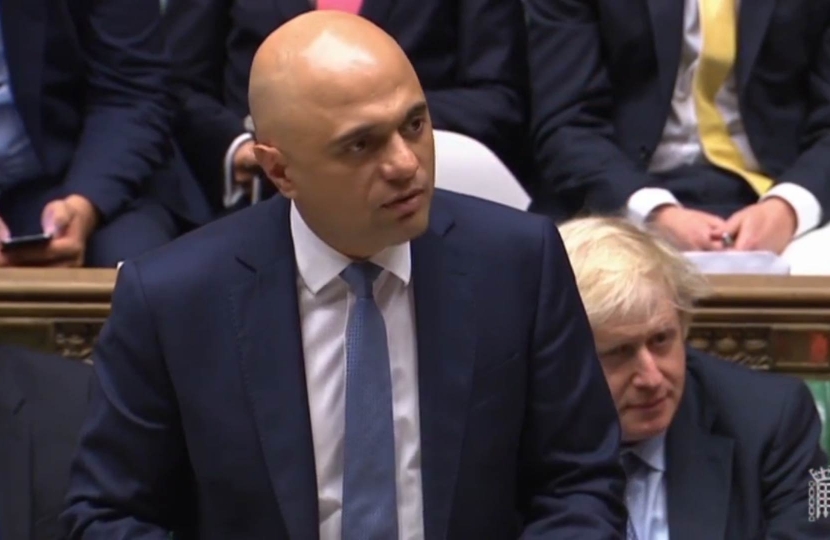 Labour left behind a bankrupt Britain. But we came together as a country to fix it. And thanks to the hard work of the British people, we can now turn the page on austerity and beginning a new decade of renewal.

Now that the public finances are under control, we can invest in the priorities we all share – like the NHS, police and schools. That’s what the Chancellor set out today in his spending plans. Read below to see seven of our biggest announcements.

It is vital that we prepare the UK to leave the EU by 31st October, whatever the circumstances. The best outcome is to leave with a deal. But to get that deal, we need to be prepared to leave with no deal.

That’s why the Chancellor has already doubled Brexit funding this year. Earlier this year Sajid Javid made £2 billion more available to support businesses preparing for Brexit. Today, as part of the Spending Review, he announced an extra £2 billion to bring the total to over £8 billion.

This extra funding will ensure our borders, ports and businesses have the capacity and infrastructure they need for all outcomes.

The Prime Minister has made it a priority to give the police the powers and resources they need to keep our streets safe. So the Home Office is receiving a 6.3% increase to the department’s budget.

We’re providing an extra £750 million to begin recruitment of the 20,000 new police officers, with the first 6,000 in place by March 2021. This will give the police the resources they need to tackle serious violence.

We are providing £30 million to tackle child sexual exploitation. We are protecting the counter-terrorism policing budget. And we are giving £100 million towards improving security and reducing crime inside prisons.

It’s time to get more police on the beat and make our streets safer. This Spending Review helps us deliver that.

The Chancellor promised as part of the Spending Review an extra £2.2 billion for defence next year. That’s an increase of 2.6%.

This extra investment means the Conservatives will continue to spend more than the NATO target of 2% of GDP. That’s because we will always make sure our armed forces are properly funded and supported.

We’re committed to investing in our towns, cities and regions all over the United Kingdom. That’s why we’re giving extra funding to Scotland, Wales and Northern Ireland. So they have the support they need for vital services.

We’re properly funding our schools as part of our Conservative education policy so that every child gets a superb education, wherever they are in the country. That’s why we’re giving schools an extra £2.6 billion next year, rising to £7.1 billion by 2023.

As part of the Spending Review, we are increasing the minimum for per-pupil funding, levelling up education funding and giving all young people the same opportunities to succeed. Next year every secondary school will receive a minimum of £5,000 per pupil, and by 2021-22 every primary school will get at least £4,000 per pupil.

As part of our Conservative NHS policy, we have already pledged to invest £1.8 billion in capital funding to our hospitals and deliver a £33.9 billion cash increase to our frontline services.

In addition to this, we are spending an additional £1 billion on social care to support local authorities as they meet rising demand. We are also maintaining £2.5 billion of existing social care grants to help support the social care system.

The Conservatives have always been the party of the NHS. That’s why we are making sure the NHS and its staff are receiving the support and resources they need. And this Spending Review reaffirms that commitment with clear actions.

A new economic era needs a new economic plan. We are laying the foundations for that in this Spending Review by investing in the priorities of the British people.

We are spending more on the NHS, properly funding our schools, boosting further education and tackling violent crime by hiring 20,000 new police officers.

In total, this means an extra £13.8 billion for the people’s priorities. Only with the Conservatives will the nation’s priorities receive the support they need.

Take the NHS. Labour are offering less money for the NHS than we are delivering. Labour’s manifesto said they would make the NHS ‘the envy of the world’. Yet their manifesto pledges only 2.2% more for our NHS a year, significantly less than our 3.4%.

Labour wants to put politicians in charge of tens of thousands of British companies. This would threaten the pensions of millions of people – and would cost businesses £300 billion. Not only that, Labour’s automatic support for strike action would hold the country to ransom.

This would hit investment and raise the cost of living – damaging the economy and putting at risk the money we need to fund our vital public services.

We are committed to supporting the British economy. This Spending Review is a key part of that. Labour would cause economic chaos, which would threaten businesses and jobs, not to mention our public services. Only the Conservatives can be trusted to deliver Brexit by the 31st October and get Britain back on the path to a brighter future.