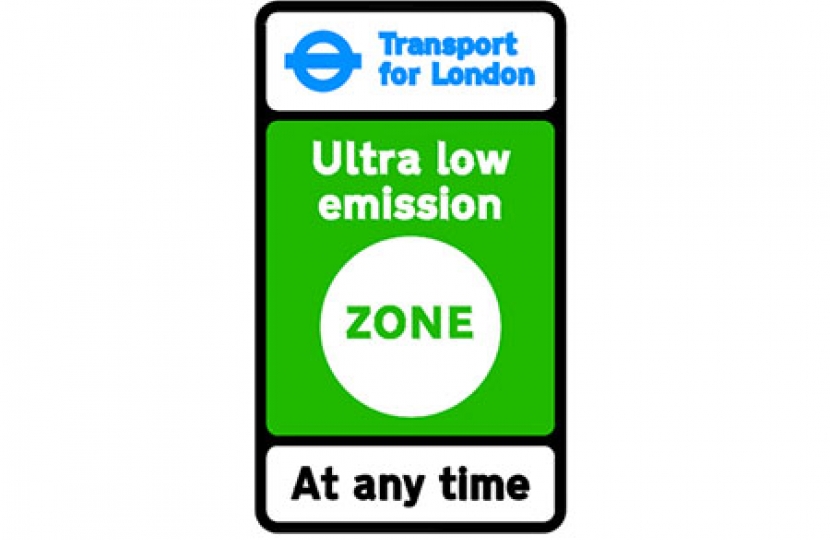 The Mayor of London has confirmed his decision to expand his proposed Ultra Low Emission Zone (ULEZ) to reach the South and North Circular roads by 2021. That will mean

Seamus Joyce, Councillor for East Sheen and Richmond Spokesperson on Transport, Streetscene, and Air Quality, said, “Air Quality is a major priority for our residents, and for our local Conservatives. When we were in administration we responded to the Mayor’s consultation on the ULEZ strongly supporting the objective to improve air quality for all Londoners. But we highlighted serious flaws in this particular plan, and it is unfortunate that he has not listened.

“Firstly, we are worried that his border of the South Circular will not only divide our borough, but it is likely to make pollution and congestion even worse in the communities just on and outside the border as the most polluting vehicles will be pushed to those areas to avoid the charge. This includes my own ward of East Sheen. Moreover, there are community resources just inside the zone, such as the borough’s re-use and recycling centre, and the Mortlake Crematorium, that some residents will now have to pay to access.

“Secondly, there are key pollution focus areas in our borough that fall outside the zone, and this proposal would not only miss those areas, but may even make them worse.

“Thirdly, and very importantly, the Mayor’s plan contains no support for those who will be least able to afford it, and takes no responsibility for the fact that past Governments and past Councils actually encouraged residents to buy diesel cars. Wealthier residents can afford to switch their cars, while many lower income residents cannot. His own Labour government encouraged diesels, and the last Liberal Democrat Council in Richmond, from 2006 to 2010, gave heavy discounts on their CPZ Tax for diesels. The Mayor has said there should be a diesel scrappage scheme, but he’s pushing on with his plan without working with the Government to put one in place. It is passing the buck by a mayor desperate for accomplishments, with very few to show so far, even if it means placing most of the burden on those least able to afford it.

“We have said we support an Ultra Low Emission Zone, but to be practicable it must encompass all London boroughs, and there must be help for residents to make the transition.”