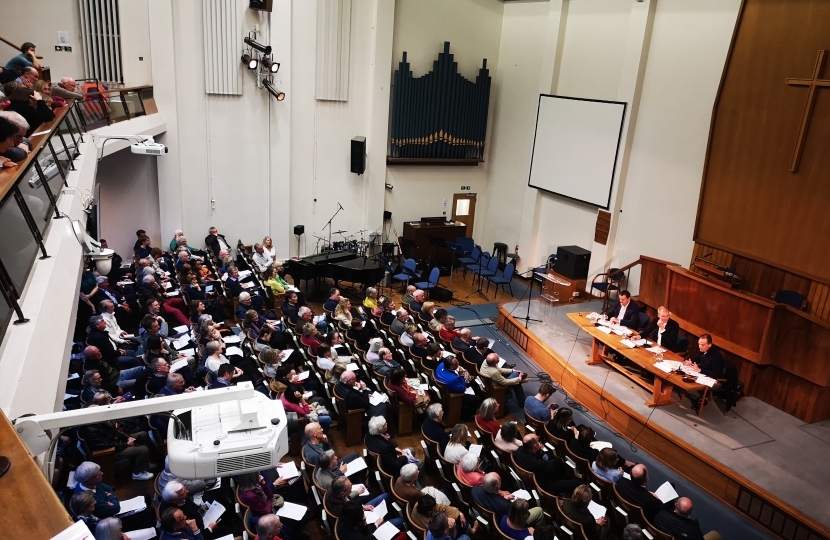 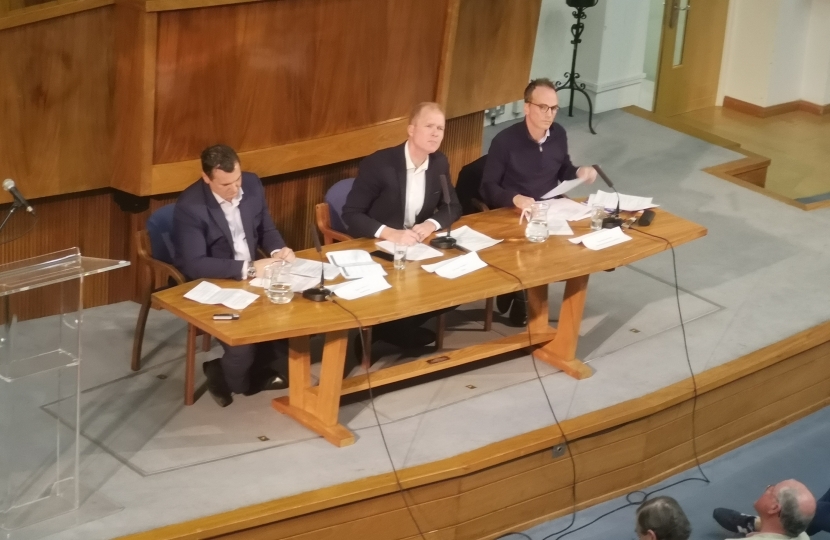 On Wednesday 27th February, Zac Goldsmith MP’s Heathrow Public Meeting, hosted at Duke Street Church in Richmond, provided residents of Richmond and North Kingston with the opportunity to have their say on Heathrow Airport’s current consultation. This was critical as Richmond Park missed out on one of Heathrow’s formal consultations which have been held across South West London.

Heathrow’s current consultation on the proposed changes to the use of airspace for the existing two runways would enable Heathrow Airport to increase the number of flights by 25,000 per year, resulting in an additional 68 flights each day.

Considering this, Zac Goldsmith MP invited included Nigel Milton Director of External Affairs for Heathrow and Paul McGuinness Chair of the No Third Runway Coalition to discuss the consultation with residents from Richmond Park. Zac Goldsmith MP who was due to the chair the meeting was disappointed not to be able to attend due to changes in the parliamentary voting schedule. Cllr Paul Hodgins, Leader of Richmond Group Conservatives and Councillor for Barnes stepped in last minute to chair the meeting.

The meeting opened with a video apology from Zac Goldsmith MP explaining his reasons for not attending the event. This was then followed by a short presentation from Heathrow outlining the details of the current consultation on the use of airspace. The keynote presentation informed residents of their proposals including the operation of three runways if the proposed expansion goes ahead, in addition to the operation for the current two runways.

Paul McGuinness Chair of the ‘No Third Runway Coalition’, the campaign group representing communities and politicians opposed to Heathrow expansion, responded to the presentation by highlighting the potential disruption from Heathrow's proposals and expressed concern about the complexity of the consultation. McGuiness further highlighted that the decision to approve a 3rd runway is at present being challenged by five different parties. The hearings at the High Court begin on 11th March. (If you'd like to show your support on the day then please get in touch with the Coalition on info@no3rdrunwaycoalition.co.uk)

Furthermore, comments were also put forward by Peter Willan from the Richmond Heathrow Campaign and Ron Crompton from the Friends of Richmond Park who both raised concerns over the effects of increased flights, particularly night flights, on the wildlife of Richmond Park.

The Public Meeting was well attended, with a turnout of almost 300 residents. During the Q&A, recurring concerns were raised over the safety of increasing the number of flights over this busy part of London, air pollution and noise pollution. Like McGuiness had earlier highlighted, residents also expressed that they found the consultation process overly complicated. A key speech was made by nine-year-old Frankie who told Heathrow that she couldn’t concentrate in school due to lack of sleep, and the noise of the planes going over her classroom at school.

"Richmond's voice was unanimous, voluble and angry, last night. They oppose the expansion of Heathrow, which is already - statistically - the world's most highly disruptive airport. They're horrified at the poorer air quality and increased levels of punishing levels of noise that a third runway would necessarily bring. And they believe that Heathrow's demand that they should suffer this, just so that the airport can increase its operations by over a whole half again, is wholly disproportionate and unacceptable".

“I was very sorry to miss what was a well attended and impassioned meeting. I’m pleased that I was able to ensure local residents could have their say on the current consultation, and I hope that they will contribute to the consultation which closes on the 4thMarch. I will be organising further meetings for the next stage of the consultation process and I will continue to chair the all-party parliamentary group in Parliament opposing Heathrow and apply as much pressure as I can.”

“It is vital that local communities like ours, which bear the brunt of plane noise from Heathrow, have our say.”

In response to this consultation the No 3Rd Runway Coalition has produced this helpful guide to how residents may wish to answer the questions. The consultation is not clear, so the guide breaks it down into each of the “topics” Heathrow divides the consultation into on its online form.

This is why Pride Month matters

Conservatives will always fight for a free, fair and tolerant Britain.