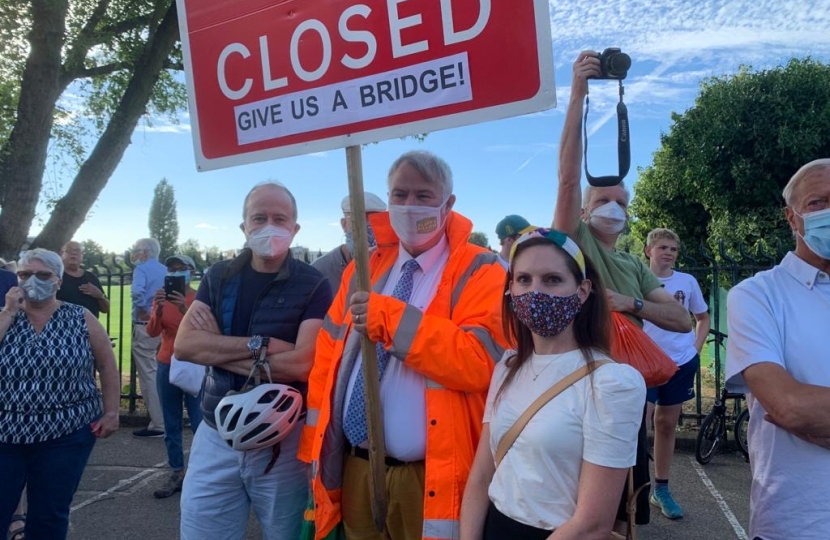 Paul Hodgins, Cllr for Barnes and leader of Richmond's Conservative Group, said, "We have stated that the most urgent action needed over the closure of Hammersmith Bridge is that we need to get on and build a temporary bridge. Since the second sudden closure of the bridge, we have had Richmond Council, who have refused to take any responsibility for the bridge for two years, politically posturing and blaming the Government for not providing funding.

"Richmond Council, Hammersmith and Fulham Council, and TfL need to get serious about this. These endless delays, which started well before Covid, and sudden bridge closures have severely impacted the daily lives and livelihoods of residents and businesses across West London.

"Yes, the Government has a role to play now because of Covid. But these delays date back well before Covid, and it is the local authorities who are in charge of the works.

"A temporary bridge needs to be built urgently. We would prefer the Beckett Rankine bridge. World class marine engineers say it is feasible. It is only political will locally that is preventing it. On current form, we have no confidence the main bridge will be closed for only three more years.

"But either way, Richmond Council and Hammersmith and Fulham Council need to take ownership and do more  than political posturing.  For the sake of residents, get on and start building a temporary bridge. It is the most urgent action needed."