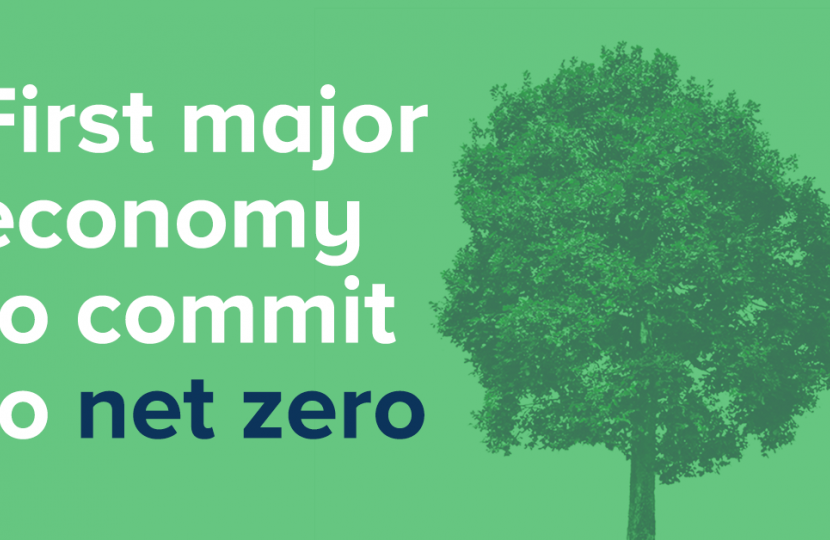 We’re making the UK the first major economy to commit to ending its contribution to global warming.

Find out more about the policies we have put into place, and the impact of what we have done, by reading below.

What are the Conservatives doing to tackle Climate Change?

We’re working hard to improve the UK’s environment by reducing the carbon footprint of the country – that’s why we are bringing forward new laws that will commit the UK to net zero emissions by 2050, to leave the environment to a better state for the next generation.

However, this is just one policy we have brought into force to improve our environment.

Since coming to office in 2010, we have helped secure the Paris Agreement: a key deal to limit global temperature rises, to help to avoid the worst impact of climate change.

The UK has also been one of the first countries to commit to ending unabated coal power generation by 2025. We have worked hard to reduce our dependency on coal through a myriad of policies and support for alternative fuel producers.

What is the Net Zero Emissions Pledge?

This month, we’ve announced our net zero pledge to commit the UK to net zero emissions by 2050. This will be put in law though a statutory instrument amending the Climate Change Act 2008.

As Theresa May said, “This country led the world in innovation during the Industrial Revolution, and now we must lead the world to a cleaner, greener form of growth.” This commitment lays the foundations for achieving a net zero emissions economy.

Climate leadership will not only help the planet but can drive UK competitiveness and secure long-term prosperity. We will continue to work with other countries to tackle climate change, including through the bid to host COP26, or the 2020 UN Climate Change Conference.

What does 'Net Zero' Emissions mean?

To go net zero means that emissions from homes, transport, farming, and industry will be hugely reduced, with any remaining emissions offset by planting trees or using carbon capture technology to take CO2 out of the atmosphere.

In terms of practical policy, to achieve this the government will end the sale of new conventional petrol and diesel cars and vans by 2040, roll out chargepoints across the country to give more people the option of owning an electric vehicle, and more.

Why have we Pledged Net Zero Emissions?

We are committed to combatting climate change and have committed the UK to being a climate leader. That’s why in October 2018, we wrote to the Committee on Climate Change for advice on a date to achieve a net zero emission rate.

Working closely with the committee, their advice was published on 2 May 2019 that a net zero target by 2050 is “necessary, feasible and cost effective.” Our strategy will deliver on the commitment that the UK made by signing the Paris Agreement.

We’ve already created almost 400,000 jobs in the low carbon economy. But we want to go further and aim to create 2 million by 2030.

This transition involves a concerted effort and action by all. However, we strongly believe this ambitious target is one we should meet.

Since the Conservatives came into office in 2010, we have reduced emissions by 25%. Last year was the cleanest and greenest year on record, with low-carbon sources making up more than half of our electricity.

We have put clean growth at the heart of our economy, so we can achieve both a growing economy and a modern Industrial Strategy while at the same time ensuring Britain retains a leading role in efforts to tackle climate change.

We have reduced our coal dependency from 40% in 2012 to less than 2%. As a result, in 2017 we had the first full day that the UK has not used coal for 135 years, and last month we went a full two weeks without using coal for power generation.

Through our modern Industrial Strategy we’re investing in clean growth to create two million high quality jobs by 2030. 400,000 people are already employed in the low-carbon sector and its supply chains across the country, helping make Britain a leading country in combating climate change.

Do you agree that Britain should end its contribution to global warming? Sign up and show your support for the Net Zero Pledge, to stay in touch with the latest updates from the Conservative Party.