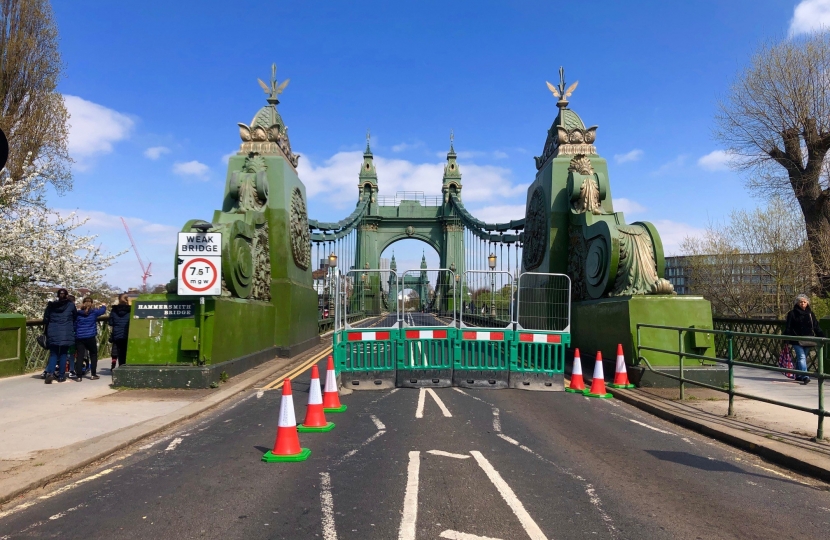 Hammersmith Bridge is a major river crossing and primary route for thousands of residents commuting to and from work every day.

It has long been known that the bridge faced closure for long term repairs, but despite repeated attempts by Zac Goldmsith MP, local Councillors and previous Council Leaders to make contact with Hammersmith & Fulham Council they chose to keep local residents, Councillors, local MPs and even Transport for London in the dark. The Council are now claiming that  lack of funds is the reason for the closure of the bridge. The Council have never reached out to local MPs for help, or raised the issue before, and the consequence is an emergency closure of the bridge with no timetable for reopening it.

To date the neither the MP nor the Council know what provisions have been made to mitigate inevitable transport problems. Zac Goldsmith MP along with neighbouring MPs, local Councillors and Assembly Members have written to the Secretary of State and asked to intervene as a matter of urgency.

Zac Goldsmith MP said "It is essential that we all put as much pressure as possible on Hammersmith and Fulham Council to work with TfL to reopen the Bridge as a priority.  It is a critically important crossing for us, and I have also asked the Secretary of State to intervene."

Two Years On: Delivering on our Promises

Two years on, we have delivered for Britain. Here's a list of some of our top achievements.