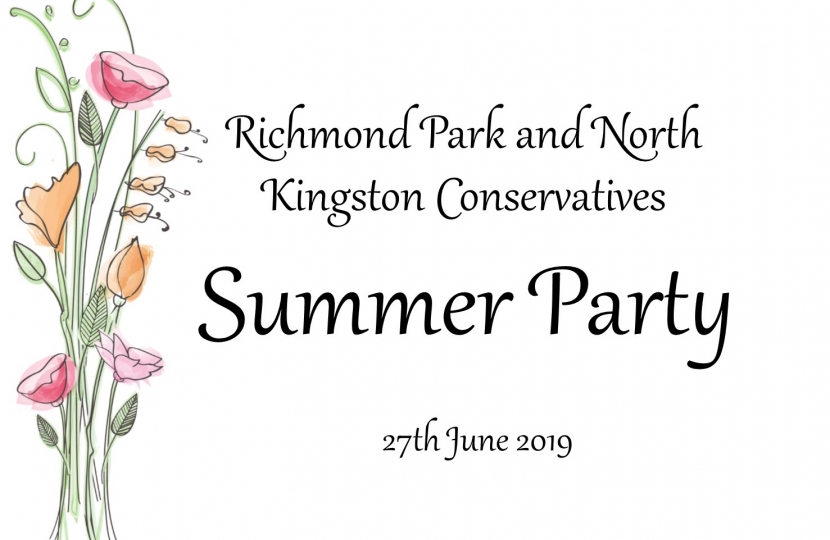 You are invited to join Zac Goldsmith MP and RPNK Conservatives for the Summer Party, this year hosted at the beautiful Ormeley Lodge. This is set to be a fantastic fundraising event and we look forward to seeing many friendly faces.

This year we are delighted to be joined by special guest Kemi Badenoch MP and Vice-Chair for Candidates for the Conservative Party.

Kemi Badenoch is the Member of Parliament for the Saffron Walden constituency in Essex, winning her seat the General Election in the summer of 2017.

She is the Vice-Chair for Candidates for the Conservative Party and sits on the 1922 Executive Committee. She also previously sat on the Justice Select Committee.

Before being elected to Parliament she was a Conservative member of the London Assembly, acting as the GLA Conservatives' spokesperson for the economy, and was a member of both the Transport and Policing Committees.

Prior to the Assembly, Kemi was a director at the Spectator magazine and worked in the financial services sector as associate director at Coutts & Co.

Kemi was born in the UK, but grew up in Nigeria and spent time in the US as a child before returning to the UK at the age of 16. She studied Computer System Engineering at the University of Sussex and went on to study law at Birkbeck, gaining her degree in 2009.

The event ticket price includes drinks and canapes, this year with a limited number of early bird tickets available*. Please purchase your tickets using the form below.

*This is event is exclusive to Conservative supporters with limited capacity, therefore this is subject to tickets selling out.