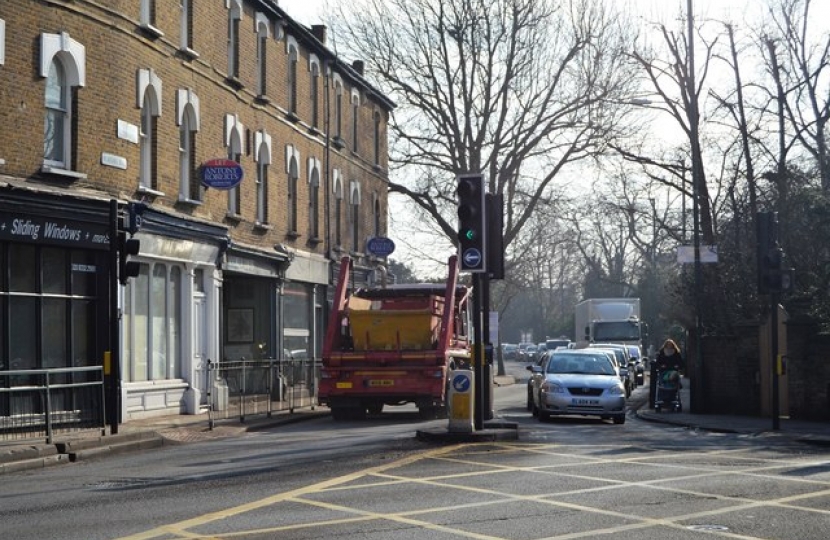 Lib Dem Chairman of the Transport Committee questioned by Kew Residents as to why he is not consulting or listening to residents with changes to Kew’s roads.

At this week’s full Council meeting, the Lib Dems were forced to admit they have no medium term plan for Kew bus and coach parking following changes made along Kew Road.

In June Kew residents and businesses awoke to the shock of a temporary cycle lane on Kew Road. The 800m length of plastic water barriers were placed between Lion Gate Gardens and Victoria Gate. The new cycle lane provision does not connect to any other safe cycle provision with no cycle lane leading up to the start of the lane and no cycle lane to continue after Victoria Gate. So rather than providing a safe cyle connection through the borough, it merely reduces parking for those who are not able to walk or cycle, and leaves cyclists to leave the temporary cycle lane without a safe route to continue.

Local residents asked the Lib Dem committee Chair why the Council  did not have a democratic obligation to establish beforehand by formal consultation whether such a permanent change would have the support of a majority of the 12,000 Kew residents.

It is clear that residents were not consulted and the Lib Dem administration were not ready to listen.

Another resident asked why when, due to COVID-19 the Royal Botanic Gardens is facing the worst financial crisis in its history. Instead of helping RBG, it appears the council deliberately timed the removal of parking on Kew Road to coincide with the gardens reopening.

Cllr Seamus Joyce, Conservative Spokesperson for Transport in Richmond said, “This is another example of a piecemeal approach to tick the cycling vanity box of Cllr Alexander Steamroller. I fully support looking at active travel options but the Lib Dem administration have no plan and simply make changes without consultation, and without consideration for those residents for whom active travel is not an option’

Wash your hands, cover your face, make space: the next steps in our plan for lockdown measures

Wash your hands, cover your face, make space. These are the next steps in our plan for lockdown measures.