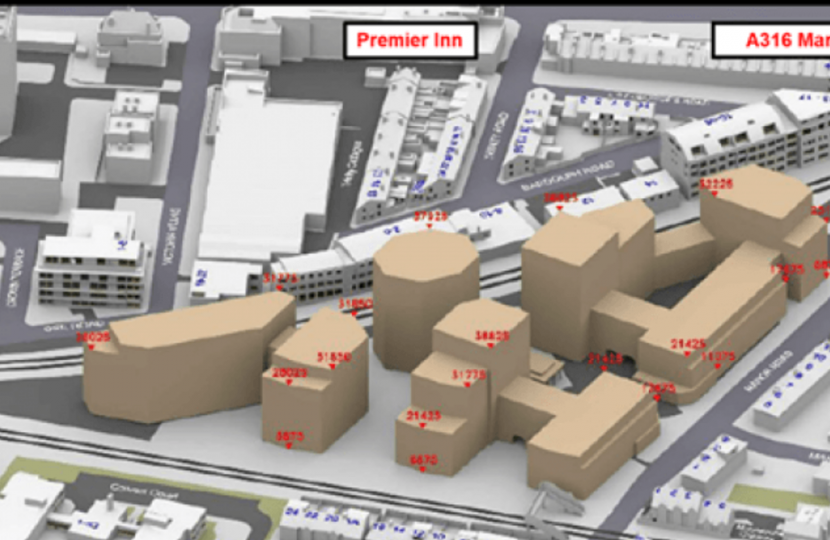 Cllr Paul Hodgins, Leader of the Conservative Group on Richmond Council has written to the Council Leader and senior officers asking them to consider applying  for permission for a Judicial Review of the Mayor's devastating decision allowing 453 flats to be built on the Homebase site.

Cllr Pamela Fleming Joint Deputy Leader and Councillor for South Richmond who had written to the Secretary of State said "I am disappointed  he did not call in the Mayor's decision and now it's up to all of us as Councillors to support residents in looking at way of stopping these overbearing blocks of seven and ten storeys being built.   Not only has the Mayor ignored residents' objections, he has taken no account of the infrastructure and already overloaded utilities,  nor the congested road network that will be put under more strain from servicing all these flats.  We need more housing, particularly affordable, but we already have new housing approved for Barnes Hospital, development of the Mortlake Brewery site and the area cannot cope with this number of flats on the Homebase site."

The Commonwealth, G7 and NATO Summits