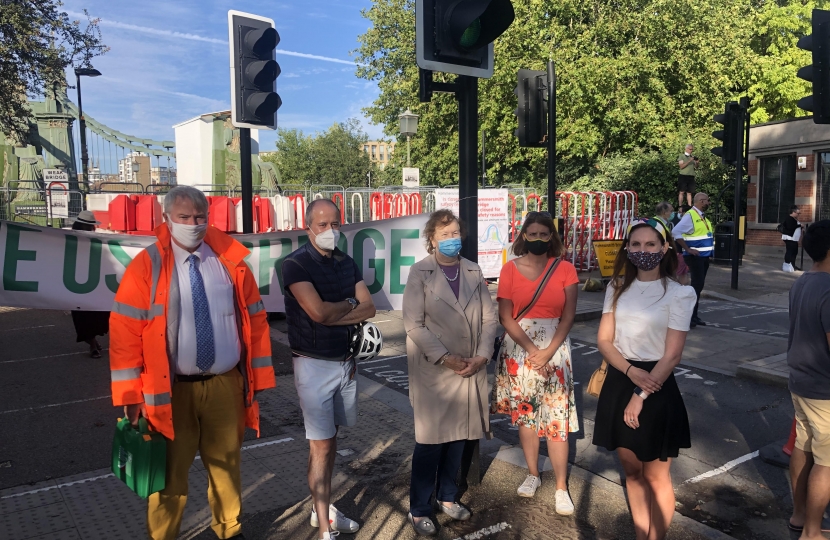 Councillors Paul Hodgins, Richmond Conservative Group Leader and councillor for Barnes, said, "I think this is incredibly positive news for our residents, who desperately want the bridge reopened as soon as possible.

"We have given Hammersmith and Fulham Council a hard time for not moving this project forward much earlier, and we believe fairly so. It is our responsibility to hold them to account. But if this solution passes the tests, we will be 100% behind it.

"I have been in touch with Sir John Ritblat, and I think the proposals are exciting. It opens the bridge up much earlier than previous plans, and at a significantly lower cost than previous estimates.

"It is also why we did not accept Richmond Council's position only two nights ago, passed by Richmond's Liberal Democrat leadership, that the DfT task force should limit itself to only a cycling and walking fix. This just proves how defeatist that position was, and in fact I am stunned the LibDem administration had no idea this was coming, given their supposed special relationship with Hammersmith and Fulham. I honestly don't know what our council have been doing.

"Congratulations to our local residents who have been so vocal about the importance of Hammersmith Bridge, and to the Government task force for enabling this to come forward. They have taken a lot of unfair criticism, but all of it has forced a potential solution to come forward.

"I hope Hammersmith and Fulham Council can progress its assessment quickly, and if it passes, we will support it and work with LBHF, TfL, and the Government to progress it."