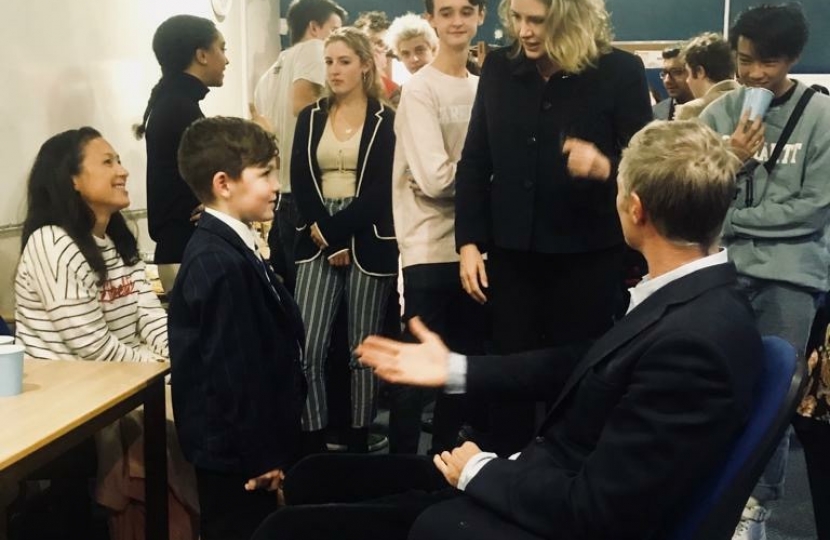 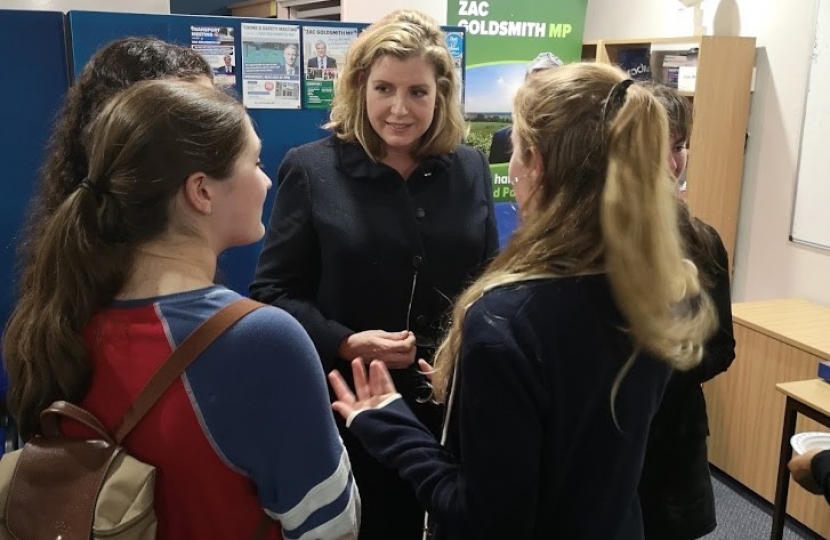 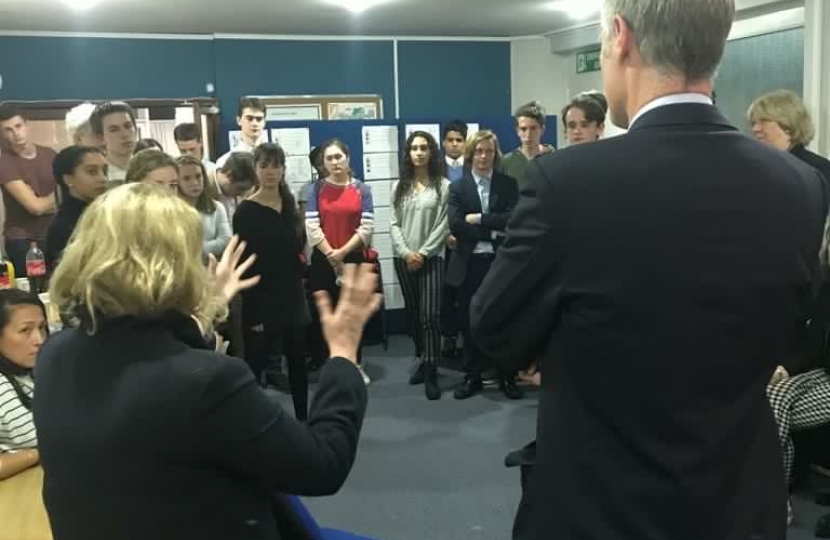 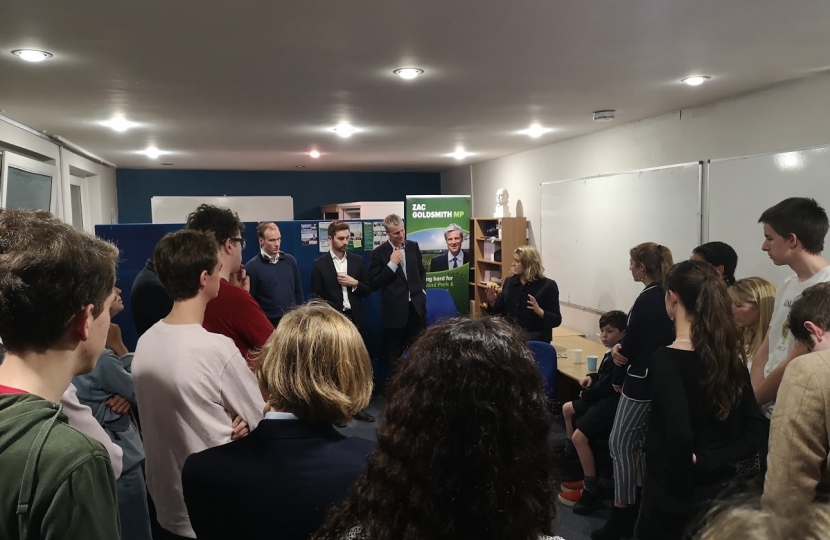 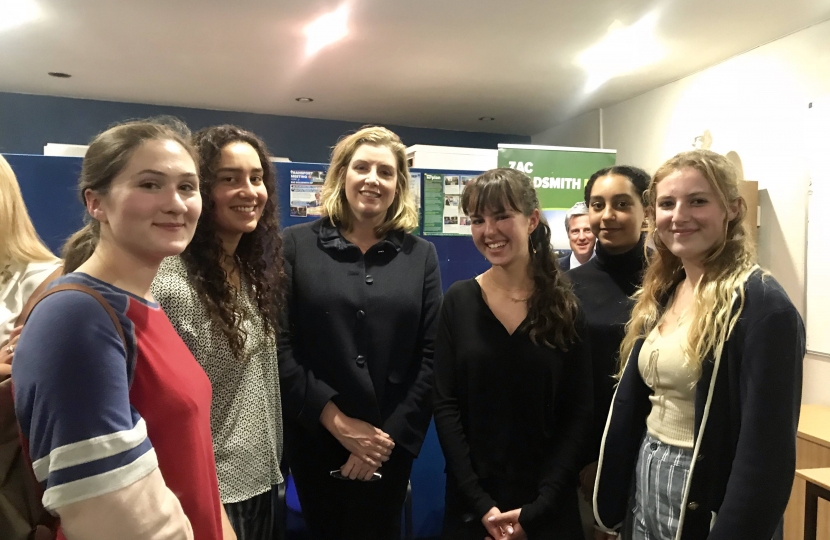 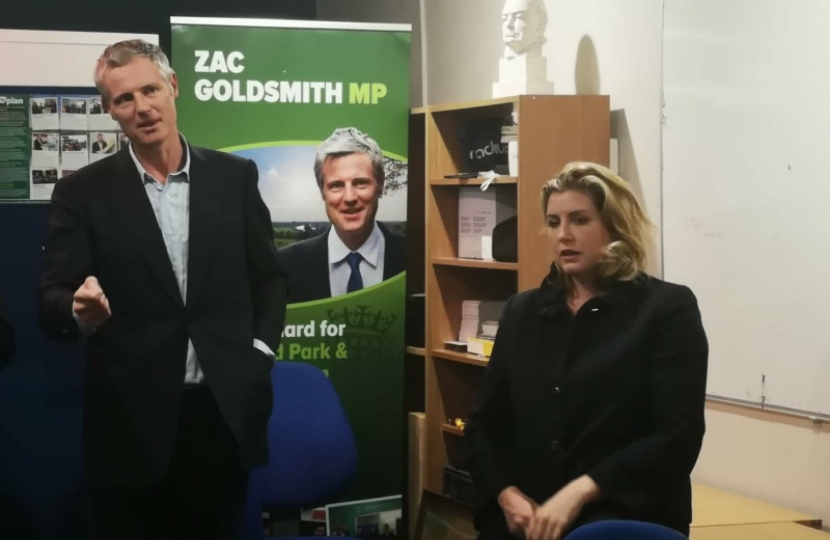 On Thursday 20th September, Richmond Park and North Kingston Conservatives welcomed over thirty young people from across London to an under 25s politics evening at the association’s office in East Sheen. The evening was an opportunity for those engaged in politics to socialise with like-minded people, to discuss volunteering and opportunities in politics with association staff and officers, and to put their questions to Richmond Park and North Kingston’s MP, Zac Goldsmith.

The event was a huge success, made all the more memorable by a special guest appearance from the Secretary of State for International Development, the Rt. Hon. Penny Mordaunt MP.  Penny discussed her role at the head of the government department responsible for the UK’s overseas aid budget; providing humanitarian relief and investing in development and conservation projects around the World.  She has been working alongside Zac in his capacity as the Government’s Conference Champion for the upcoming Illegal Wildlife Trade Conference and she shared with the children and young people present that she had breakfasted that same morning with a pair of Sumatran tigers, in aid of London Zoo’s global breeding programme.

After the Q&A session, during which forthright questions were raised regarding the Chequers deal and the Israeli–Palestinian conflict, guests enjoyed the chance to speak with Zac and Penny further over pizza, and to mingle with new friends before heading home.

The feedback from the evening was enormously positive, with many requests for more similar events in the future. Undergraduate student Zewditu Gebreyohanes said ‘I enjoyed the event very much; it allowed me to meet many enthusiastic and like-minded young people who are passionate about politics. I also found the informative and insightful question-and-answer session with Zac Goldsmith and Penny Mordaunt to be a particular highlight of the event.’