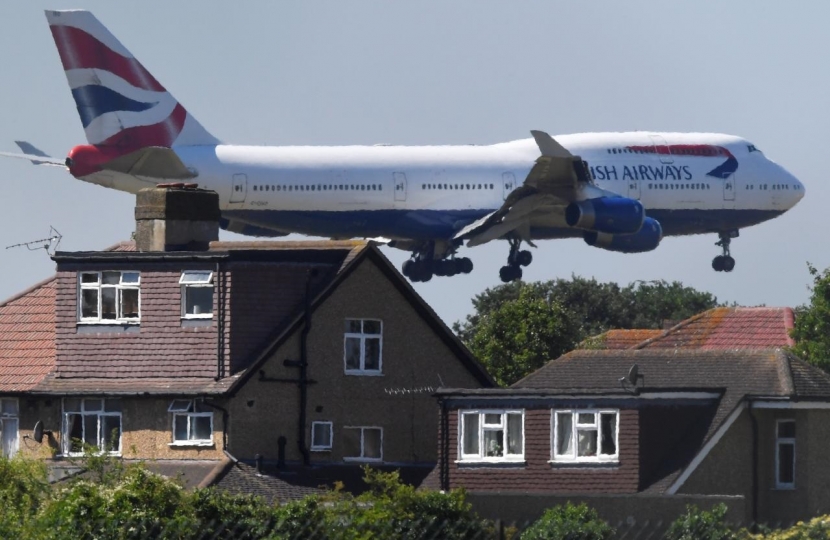 Justine Greening is MP for Putney, and a former Secretary of State for Transport. Zac Goldsmith is MP for Richmond Park.

No-one is ever more certain of a prevailing wisdom than the day before it’s proved wrong. When something’s apparently so obviously true then people stop looking at the detail. And when someone challenges that wisdom and suggests its wrong, then that’s not welcome news because it’s just easier to take comfort that everything is still all fine.

Heathrow expansion as a smart idea is such a prevailing wisdom, but it’s one that is demonstrably wrong, looking at the Department for Transport’s own figures. Right now, you might be thinking “Just get on with it. You lot don’t want it just because it affects your communities, but it’s good for the country.” And if you are, then we do understand that it’s only a few airport policy nerds like us that dig into the detail. But we do hope more people do some due diligence on the detail that’s there, because then you might start to share our concern.

A 21st Century energy strategy to increase capacity at our most expensive, coal-fired power station wouldn’t be seen as smart. Heathrow’s third runway is the equivalent of that approach for airports. Here’s the “great” deal: an expensive, risky project that hasn’t even passed basic feasibility, with an existing pre-legal agreement that has a poison pill clause that says if things go wrong Heathrow Airport Limited can come to taxpayers to pay the bill. An expensive hub airport strategy at the very moment the market is moving to cheaper and direct flights.

As for the actual detail (or lack thereof, at times):

These facts provide a lot of downsides. So where are the upsides? Ten new routes? A freight hub in the most congested polluted bit of our road network which will need a congestion charge if expansion goes ahead? Is that it? All for £30 billion? It doesn’t sound sensible.

The Airports Commission modelling initially showed a cheaper expanded Gatwick generating 50 new routes – an extra five for every one at an expanded Heathrow, for a runway half the price. If passenger charges are cheaper because a new runway is cheaper it’s more economical for airlines to put on new routes. Heathrow already has passenger charges that are around 40 per cent higher than its European rivals. This new runway is so expensive because of where it is located that it makes that problem worse. Leeds Bradford is losing Heathrow routes already.“Ah, but more slots will surely mean we get more” people say. Local communities are being conned if they’re being told by Heathrow that a more expensive airport will mean more flights. Heathrow’s expense means they’re already uneconomic and they will be even more so after Heathrow expansion. Why else would the DfT have to promise to ring-fence 15 per cent of new flights for domestic routes? It’s because, de facto, if they didn’t intervene the free market wouldn’t provide them. That’s the problem. An expensive, uneconomic airport expansion which when it expands, muscles out growth in regional airports.

The DfT says it will use the Public Sector Obligation to get more routes, but there are only two in operation and neither is guaranteed beyond 2019. The much-trumpeted DfT Regional Air Connectivity Fund launched in 2015 has done nothing of the sort. Of the 11 routes launched, just two are still operating and even those are at reduced frequency. They weren’t affordable to run and even subsidies couldn’t get airlines to keep them going. Instead of putting our heads in the sand, we should look at what this evidence of the current problems with an already expensive Heathrow is telling us. Don’t ignore it. In the past, sensible Conservatives knew you can’t buck the markets. Why the blind spot here?

A Conservative response should be to harness the competition of the market for the benefit of people. As Conservatives, you’d expect the response to be unleashing competition with cheaper capacity at competitor airports. And better, not worse connectivity on the doorstep for the majority of our country who don’t live near London. Yet what’s being proposed is the polar opposite of this.

A lot of people simply dismiss all these facts and the economics. We know we are challenging a prevailing wisdom. It’s easy to just say we’re against this because it’s unpopular in our local communities. But the noise pollution suffered in our constituencies – noise pollution which will affect three million Londoners if expansion goes ahead – is just a symptom of the bigger problem of our hub airport in the wrong place.

We spent so many years watching Labour put their heads in the sands and take reckless decisions on the economy. Decisions that ignored economic realities. Let’s not start that habit ourselves. MPs need to look at the detail before they vote for an airport expansion which their communities will see as a mistake in the years to come. They owe them that.