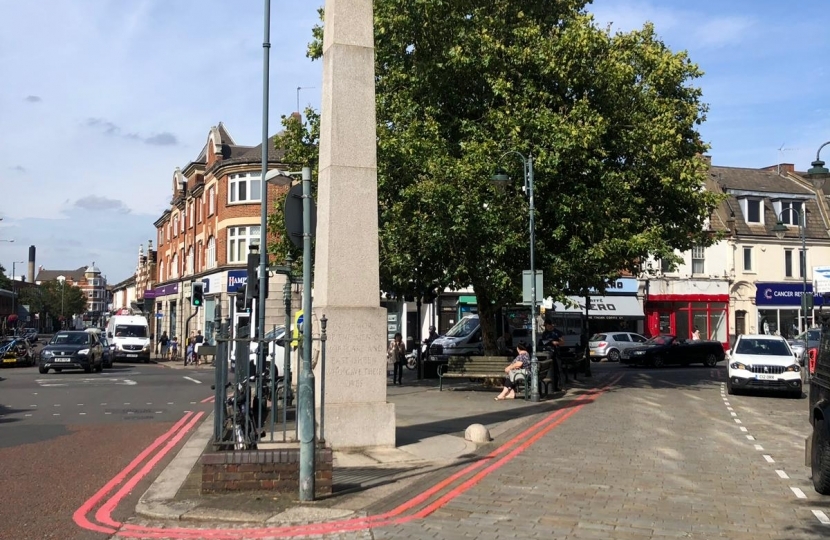 Today (29th August), Zac Goldsmith MP received news that TfL have finally agreed to include making changes to Milestone Green in East Sheen in the upcoming consultation concerning improvements to the South Circular. These proposals will see the removal of traffic from the south-east slip road near the war memorial establishing a pedestrian piazza.

Today’s positive news follows a combined effort by the MP for Richmond Park and North Kingston and a petition organised by Edwin Harrison – the co-founder of the Artisan Café in East Sheen – which received over 500 signatures from local residents demanding improvements to the area.

Zac commented: "I am pleased to finally have some positive news from TfL. These improvements will create a welcoming, community-based area in East Sheen and will reflect well on what is a historic area with both the War Memorial and the historic Milestone. I look forward to the launch of the consultation on the scheme later this year."

TfL's A205 East Sheen Road Improvement Scheme is currently set to be launched in Autumn 2020 and TfL intend to publish details of the scheme this autumn.

Boris Johnson has written to all leaders of opposition parties to invite them to work together at this moment of national emergency.