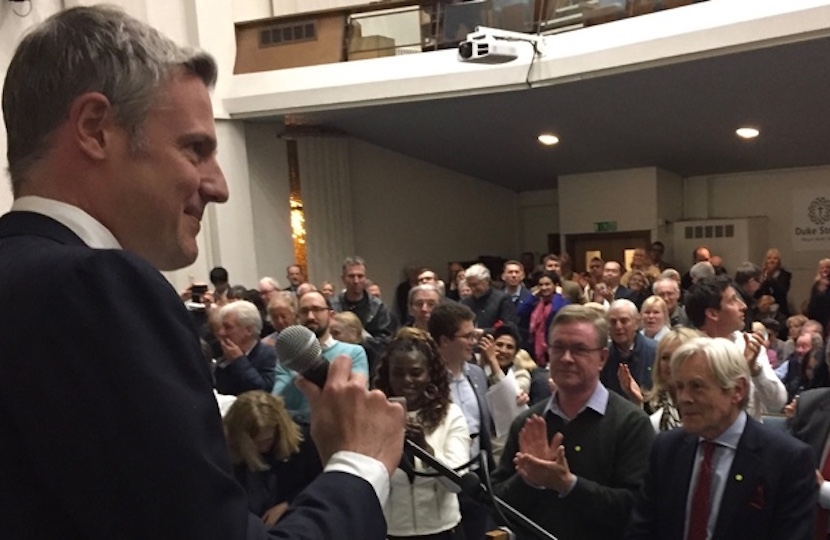 We are delighted that Zac Goldsmith has been reselected as the Conservative candidate for Richmond Park and North Kingston in the forthcoming General Election, and we look forward to having him back again as our representative in Parliament.

After a resounding victory in the 2015 General Election, his absence from Parliament since last December has been a disappointment. He is widely regarded the best MP that Richmond Park and North Kingston has ever had, and we need him back to represent our residents effectively.

Far from being a hardened Brexiteer as his opponents have painted him, he will fight for the best deal for Britain. He has led on guaranteeing the rights of EU citizens in the UK, and is a champion of strong protection for the environment. He will also continue to lead the fight against Heathrow expansion, an issue which continues to concern our residents.