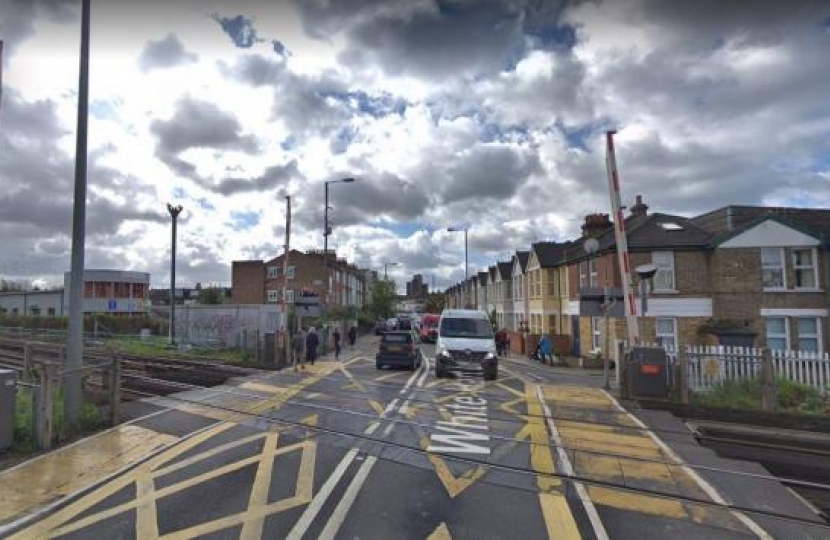 Article taken from Your Local Guardian (www.yourlocalguardian.co.uk) on 03/12/2018

Construction on the White Hart Lane Footbridge, Barnes will begin today and Zac Goldsmith MP has welcomed this step.

The works are beginning after years of campaigning by Zac Goldsmith MP, residents, Councillors and the Barnes Town Centre Manager, Emma Robinson.

The campaign culminated in a petition launched by Zac Goldsmith in 2015 which received 1,295 signatures and added significant pressure on Network Rail to make the commitment.

White Hart Lane level crossing is a heavily used crossing with a daily average of 2,125 pedestrian crossings and over 4,500 motor vehicles. With an average barrier downtime between 35 and 42 minutes, pedestrians congregate in front of barriers and there have been times when they were forced onto the road and in the path of cars when the barriers are lifted. This is why it was felt necessary to construct a footbridge adjacent to the level crossing.

Zac said: “I am so pleased that Network Rail has keep its end of the bargain and has committed not only to building the bridge, but to starting construction very soon. It will make a real difference to the community. I want to thank everyone who helped get us this far, in particular Emma Robinson and Councillor Avon.”

Cllr Avon: “I am delighted the bridge is finally being installed after years of lobbying Network Rail. I particularly want to thank residents from the White Hart Lane level crossing group, 4 residents with whom I worked with closely with , particularly in the later stages to get this bridge over the line.”